The value of natural capital in the Okanagan 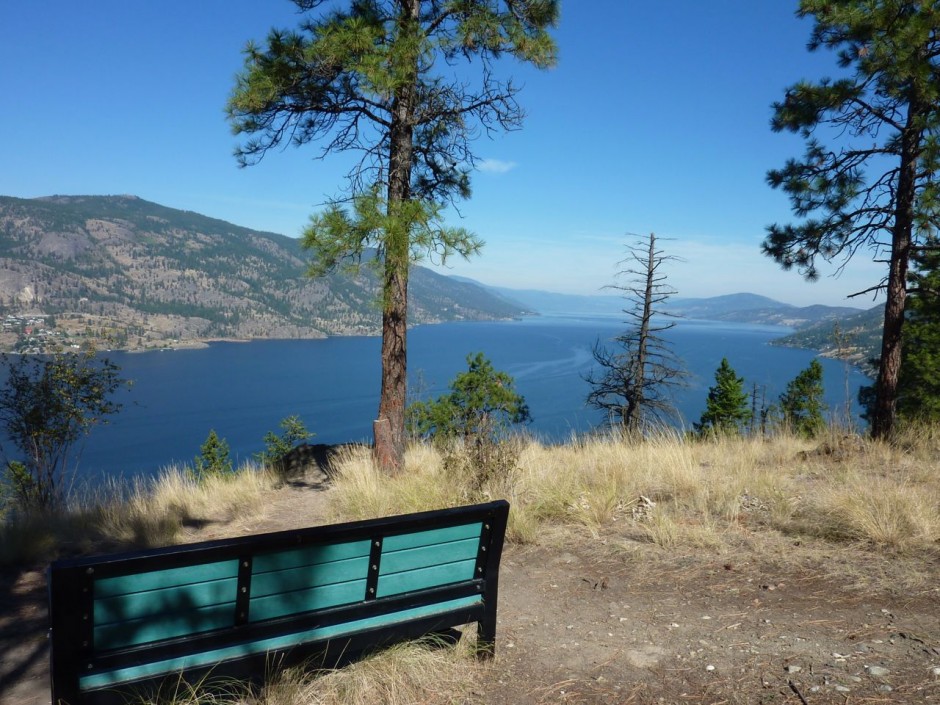 The Okanagan Valley is rich with natural capital that provides us with enormous benefits to our well-being and quality of life. Using the best estimates available, based on global studies, the monetary value of this natural capital likely exceeds $6.7 billion/year (in 2007 dollars).

Natural ecosystems and biodiversity provide humans with a range of provisioning, regulating, and cultural services upon which we depend for our quality of life and well-being. Examples include: food, raw materials, clean air and water, erosion protection, water flow regulation including flood mitigation, biological pest control, pollination, soil generation and retention, aesthetics and recreational opportunities. Such services are provided for free, and are typically taken for granted until they are lost and human communities begin to experience the negative impacts of those lost services (e.g., increased water treatment costs, respiratory problems due to poor air quality, reduced crop yields as native pollinator populations decrease, beach closures due to water quality advisories, etc.).

While it is difficult, and, some may argue, ethically inappropriate, to attach a monetary value to nature, humans do derive economic benefits from many ecosystem services. These economic benefits, as well as the costs of replacing ecosystem services with a technical solution, can be estimated. Over the past 20 years, extensive research has been carried out to estimate the values of ecosystem service flows provided by different ecosystem categories at global, regional and local scales. The most current estimates available suggest that the global value of ecosystem services in 2011 was $125 trillion/yr (in 2007 dollars; for comparison, the global GDP in 2011 was $75.2 trillion/yr in 2007 dollars) (Constanza et al., 2014). At a regional scale, understanding and mapping the value of our natural capital can provide valuable quantitative support to help assess the trade-offs inherent in different land use and development scenarios.

We have calculated a coarse estimate of the natural capital of the Okanagan, i.e., the value of ecosystem services provided by agricultural and natural land cover types in the valley.

Using the methods described below, the total monetary value of ecosystem services provided by the present day Okanagan landscape is estimated to be $6.7 billion annually (in 2007 international dollars) (Table 1). Note that this figure is a rough estimate, based on multiplying average monetary values for ecosystem services derived from specific categories of land cover by the total extent of this land cover type in the region. The monetary values used for each land cover type are averages based on studies carried out around the globe. While not specific to the Okanagan, these values represent the most reliable estimates possible at the moment. The total value of $6.7 billion/year for the Okanagan likely represents a minimum rather than a maximum value because some ecosystem services (e.g., aesthetics, First Nations cultural values, value of habitats that support rare or endangered species) are not accounted for in the calculation due to the difficulty of attaching a monetary value to them. This calculation is provided for the purposes of raising awareness of the economic value of our natural capital, with the intent of stimulating discussion and interest around the value of ecosystem services provided by the Okanagan landscape.

Ongoing work by our research group at UBC Okanagan is aimed at providing regionally adjusted values, and also mapping how ecosystem service provisioning is spatially distributed across the Okanagan landscape. Such work will allow planners to identify areas where multiple benefits could be achieved through management or conservation efforts, and to assess the trade-offs of different land use types and future development scenarios.

Table 1: Land cover areas in the Okanagan and values of ecosystem service flows.

The study area includes all of the land that falls within the boundaries of the Regional Districts of the South, Central and North Okanagan in British Columbia, Canada. Land cover in the study area was grouped into 5 major classes corresponding to classes used in Constanza et al. (2014): forest, grassland, pasture, crop, water (streams and lakes) and wetlands (Figure 1) and the total area in hectares of each of these land cover classes was calculated (Table 1). This classification was done based on provincial and regional land use and land cover data sets as described below.

Water This land cover type represents the total surface area of all lakes and rivers in the study region. Water bodies that extend beyond the boundaries of the Okanagan have been clipped to include only the area present within the study region. Source data layers included the BC Freshwater Atlas – Lakes and Streams (Province of British Columbia) and the Agricultural Land Use Inventory (BC Ministry of Agriculture, 2006).

Wetlands This represents the total surface area of all wetlands in the study region. Wetlands that extend beyond the boundaries of the Okanagan have been clipped to include only the area present within the study region. Source data layers included the BC Freshwater Atlas – Wetlands (Province of British Columbia), the Sensitive Ecosystems Inventory (BC Ministry of Environment) and the Agricultural Land Use Inventory for the Okanagan (BC Ministry of Agriculture, 2006).

Grasslands Grasslands were identified using a grasslands inventory for the South Okanagan provided by the South Okanagan Similkameen Conservation Program (SOSCP), the Sensitive Ecosystems Inventory (BC Ministry of Environment) and the Vegetation Resource Inventory (BC Ministry of Environment, 2012). For the purposes of this classification, grasslands include all shrub-steppe and antelope brush steppe ecosystems, as well as areas classified as grassland or disturbed grassland in the sensitive ecosystems inventory, and areas classified as having >50% graminoids by the vegetation resource inventory.

Forests Forest cover was determined strictly from the Vegetation Resource Inventory data (BC Ministry of Environment, 2012) for the study area and includes all areas classified in the inventory as “Treed Broadleaf”, “Treed Coniferous”, or “Treed Mixed”.

Pastures & Crops Both of these land cover types were derived from the Agricultural Land Use Inventory for the Okanagan (BC Ministry of Agriculture, 2006). Pastures include all areas designated in the inventory as forage or pasture. Crops include all planted fields, including orchards and wineries. 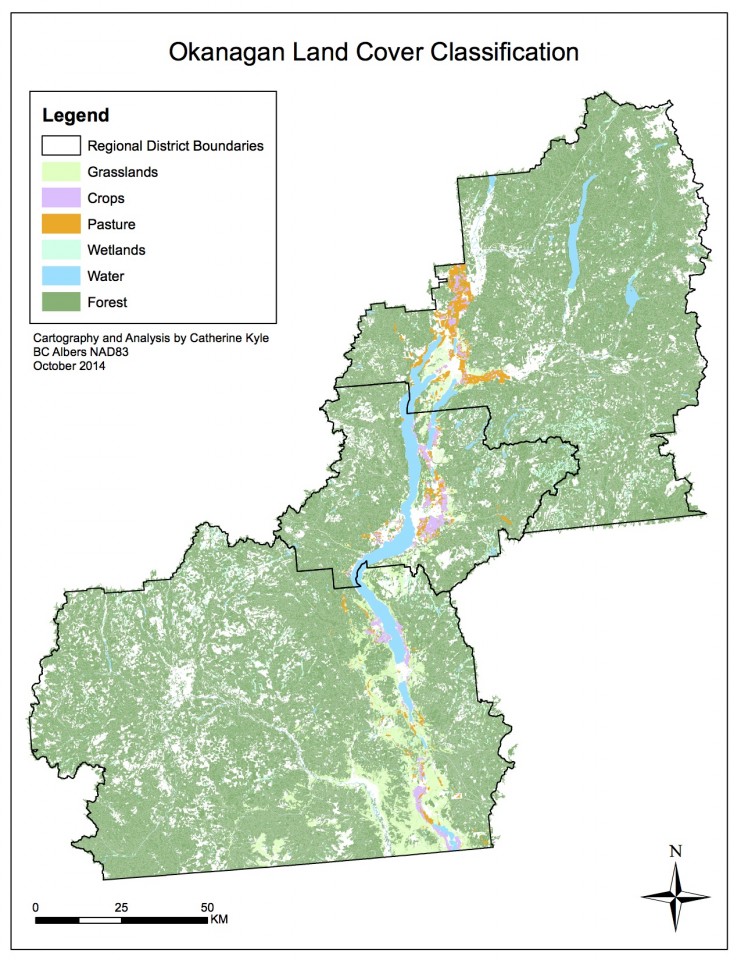 Figure 1: Map of land cover classes for the Okanagan as used in the present study.

The Economics of Ecosystems and Biodiversity Initiative (www.teebweb.orb) is an international initiative that has been developed to estimate the value of ecosystem services. Their website provides a number of excellent resources and links to case studies.

Dr. Lael Parrott is Associate Professor in Earth and Environmental Sciences, Geography and Biology (cross-appointment) and Director of the Okanagan Institute for Biodiversity, Resilience, and Ecosystem Services (BRAES) at The University of British Columbia, Kelowna.

Catherine Kyle is a PhD candidate in Interdisciplinary Graduate Studies (Anthropology and Geography) at The University of British Columbia, Kelowna. She holds a Masters of Geographic Information Science from the University of Calgary.

Correspondence should be addressed to: lael.parrott@ubc.ca