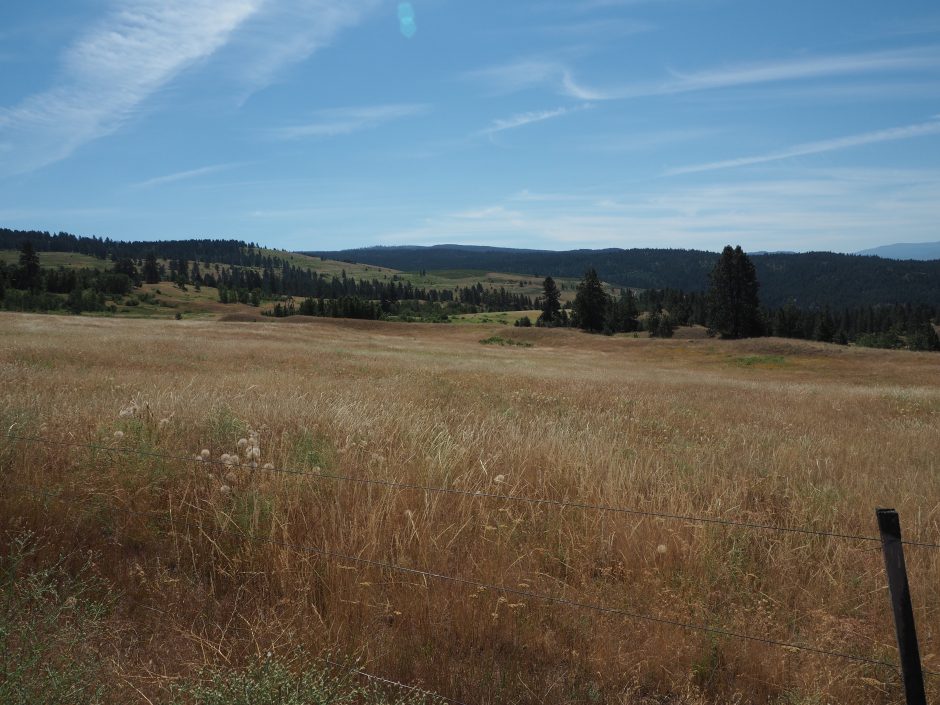 Grassland and open woodland habitat along the proposed ecological corridor

The Okanagan Mountain to Kalamalka Lake Ecological Corridor is a regional scale, pilot corridor that aims to keep major parks and local ecological corridors connected.  It is an initiative being led by the Okanagan Collaborative Conservation Program (OCCP), UBC Okanagan, and the Regional District of the Central Okanagan (RDCO), in collaboration with First Nations, local municipalities and relevant provincial government ministries.

This pilot initiative is located on the east side of the Central Okanagan valley and will connect Okanagan Mountain Provincial Park to Kalamalka Lake Provincial Park.  However, it also aims to inform and support the development of similar protection for corridors in neighbouring areas.

Keeping natural areas connected and protected supports the health and function of our ecosystems. Healthy, well-functioning ecosystems are essential for our survival, our economic security, and our well-being. Natural ecosystems in the Okanagan are being rapidly converted for human uses, affecting landscape aesthetics, our quality of life, and the ability of the landscape to provide essential functions such as habitat for species, pollination, flood mitigation, and clean air and water.  We need to plan pro-actively to make sure that our ecosystems remain connected and functioning into the future.

The proposed corridor passes through the last remaining low elevation route for wildlife to use to travel around the City of Kelowna on the east side of Okanagan Lake. If we develop this land, species that need these low elevation habitats may no longer be able to move north-south, and will not be able to migrate northward in response to climate change.  This puts them at higher risk of extinction.

How will we protect this corridor?

A wide variety of actions across all land tenures have been identified. Currently, the OCCP is working with municipalities that are reviewing community plans to help identify priorities for protection, and connecting with local landowners along the path of the corridor to discuss how they can be supported in maintaining existing ecological corridors, and enhance stewardship of natural areas.  UBC Okanagan and the BC Ministry of Agriculture are working together to identify mechanisms that can be used on farmland to maintain current land use on agricultural parcels and to support landowners taking initiatives to improve on-farm biodiversity.

How did we determine the location of the corridor?

The pilot corridor path and width represents the best possible combination of science and planning knowledge, informed by detailed mapping and ecological inventories for the Okanagan.

The corridor is one of large network of ecological corridors in the Okanagan, previously identified through mapping and modelling (see Corridors Connecting Habitats in the Okanagan Valley for methods). In 2016, after consultation with a broad group of expert stakeholders, a section of the corridor network in the Central Okanagan was selected as a pilot project for implementation. The final route of the pilot corridor is the combined outcome of the path identified by modelling, and expert input. For example, input from municipal and regional planners and First Nations, led to a refinement of the route to take advantage of recently created parks and other future conservation opportunities. Some deviations were also necessary to accommodate land cover change that had occurred since the production of the mapping data used to determine the corridor locations.  Finally, the entire length of the corridor was ground-truthed, to ensure that what the maps tell us is also what we see in reality on the ground!

The corridor width has been designated as 1 km, based on empirical studies showing that the species likely to use the corridor have flight responses from humans that often fall between 400-600m. While we recognize that a width of 1 km may not always be achievable given current or projected land use, if a segment needs to be narrower, this narrow section should be as short as possible, and be compensated by increased width at each end of the narrow section.

The Okanagan Mountain to Kalamalka Lake corridor traverses around the east side of the City of Kelowna through native grassland and open woodland habitat and connects two large provincial parks. The chosen pilot corridor is a critical pinch point, and part of the last remaining low elevation route for north-south movement of species on the east side of Okanagan Lake. It contains large tracts of relatively intact grassland ecosystems as well as areas of more intensive agriculture, low density rural housing, and woodland. Local knowledge suggests that the corridor is currently used by ungulates, cougar, wolves, coyotes and black bear that live in and transit the valley. It also provides habitat for endangered species such as badgers, owls, bats, amphibians and snakes. Work on this pilot corridor will allow for the development of a toolkit of approaches applicable to different land use and land tenure types that can then be transferred to other parts of the Okanagan.

For the most part, the land we have identified is already providing significant benefits to humans and wildlife in the Central Okanagan.  Our objective for most land parcels falling along the corridor is that they retain their current land use and land cover, and that the value they provide to our community is protected and recognized.  A set of recommendations for appropriate types of land use and development in buffer zones adjacent to the corridor are also being developed for consideration by regional and local government.